I owe alot of my participation, knowledge and understanding of the world to podcasts. With each year since 2008 my tastes and listening went more and more leftward along with my politics. Since the occupy movement I’ve identified as a social anarchist and found too few podcasts that fit my practice, concerns as an occupier. As I joined the Green Party I was further annoyed by the lack of attention to radical politics as its actually done unless it flares up in protest. After 2016 more leftist content online grew out; but was more geared towards the beginner, the activist, and not the organizer or organized.  Between 2015-2017  I though of doing my own, being interviewed on a friends local podcast (Focus on Albany) and running for office was the catalyst to get me moving on the need for the perspective of radical activists to be out there, connecting news and issues to our lives and spreading leftwing ideas to a wider audience without depending on deep readings or internal comedy.
The 2nd push was the establishment of community radio in Albany: WCAA LP The Voice(community arts and activism); I had disired to do more than put my voice online so was attracted to the shift to helping build this on the ground media institution. I’m now on the oversight/management committee in a horizontal structure. As a project It fits right into how I feel we move forward in the current world, act local, but broadcast global.

The title comes from an anarchist podcaster who had some of his own problematic ideas (a national anarchist if you can imagine), but one episode title I liked  his naming what radicals or revolutionaries do as “left of the left of the left”. There is also a book called, ‘Left of the Left’ from decades past referring to post 60s punk anarchism. From these titles I got the idea of calling my program the 3 Lefts (3 Lefts make a Right, etc). They also represent the 3 types of ideology I represent, and represented by co-hosts and other guests; socialism (red), anarchism (black), and ecology (green). These colors also make up the Garvey flag of black power, which I work to not appropriate.

Born and Raised in Albany with a Jewish and activist background, earned degrees in Architecture and History at City College of NY where he was active in the secular/atheist movement before joining Occupy Wall St. Upon finishing college I did the activism grind supporting protest and lobbying projects with Occupy Albany, before moving to Green Party organizing which includes running for office and moving toward community and education projects like the show.  A big nerd with a love of most things animated and gaming, are also among my various interests. 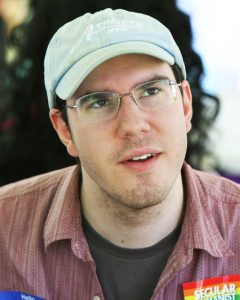 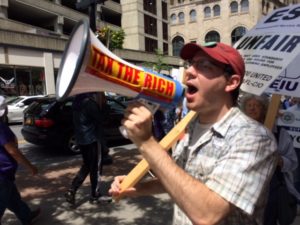 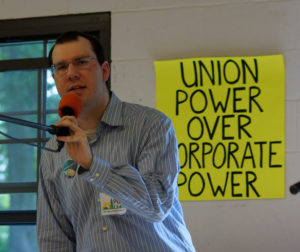 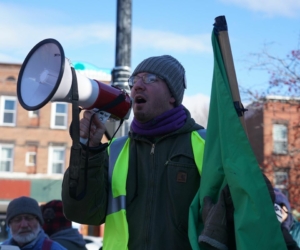 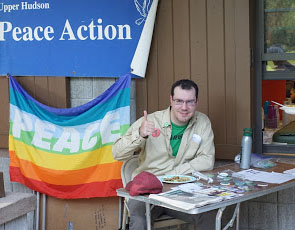